Plovdiv has a lot of interesting ancient monuments. 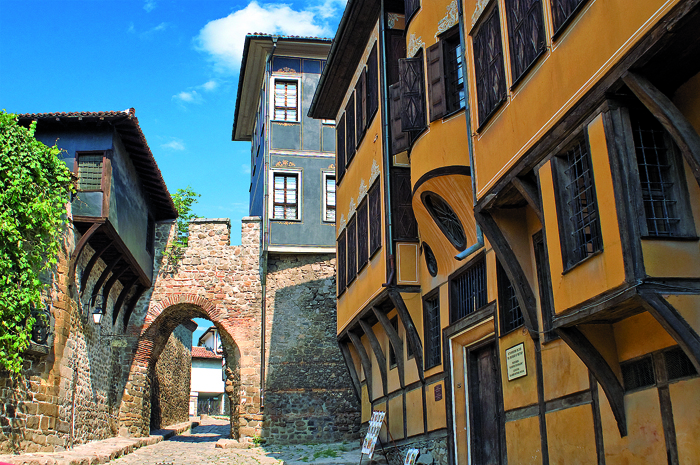 It is included in the list of 100 National Tourist Sites and it is on 41th place. It is located in the old town on three of Plovdiv's hills and includes monuments of different ages (17 pcs.) 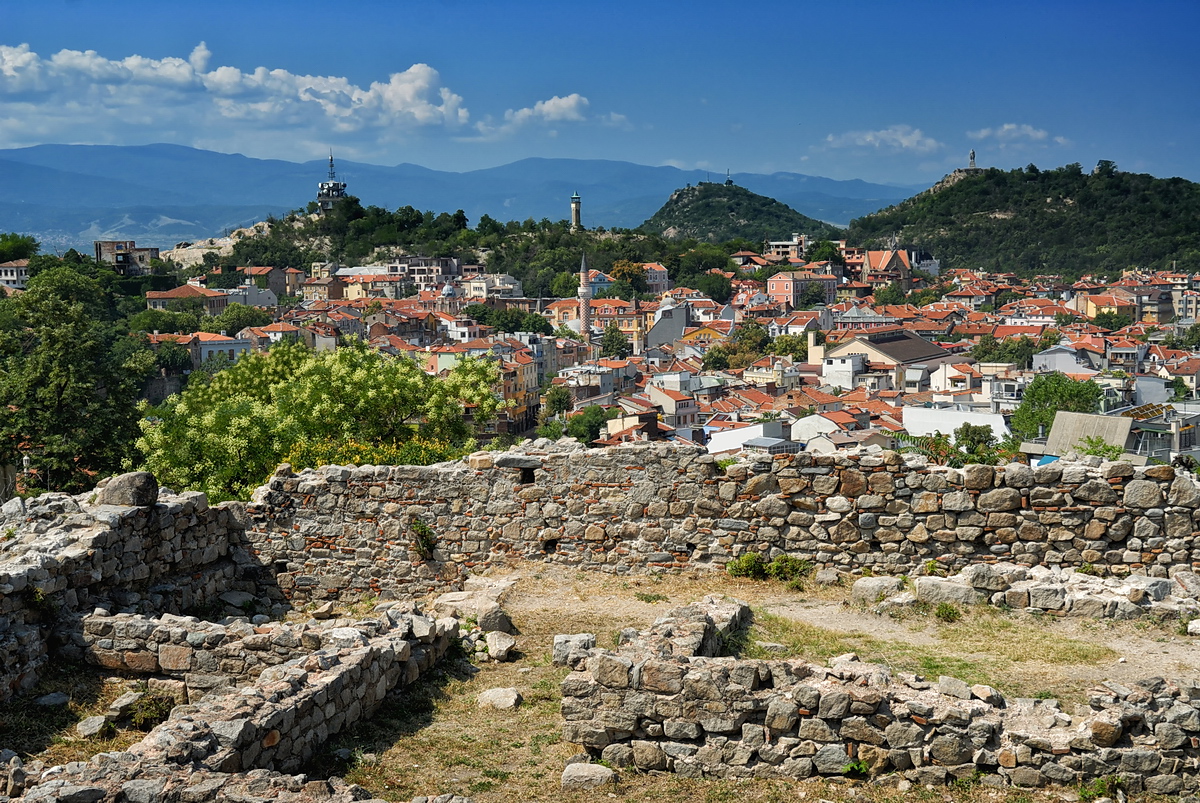 It is located in the north part of the three Hills. There are remnants of prehistoric settlement of VI millennia BC. Here You can see ruins of fortifications from Thracian and Roman times. This settlement is built in the fifth millennium BC and three millennia later it becomes a city. It is found a fortress wall and fortified walls of the pre-Roman, Roman and Late Antiquity. There are more found homes, which are from the Bronze Age to the Bulgarian Middle Ages. It is found a reservoir, too.

The Ancient theatre of Phillipopol 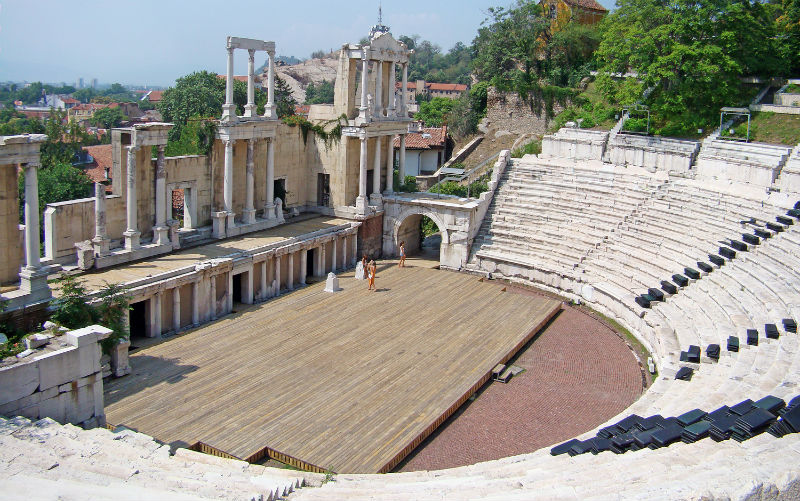 It is included in the list of 100 National Tourist Sites and it is on 41th place. It is located on the Trimotsium Hill (the old name of Plovdiv). It was built in the second century during the reign of the Roman Emperor Marcus Ulpius Troyan (53-117g.). 3 centuries later it was burned during an attack against the city. However, the theater has been preserved in its original architectural plan. It is partially restored,with about 3,500 seats. While it was functioning has collected 6,000 spectators who watched the performances. There were 26 rows of seats, which were separated by a footpath on two floors. The Ancient Theatre is oneof the most interesting and attractive cultural centers of our country. 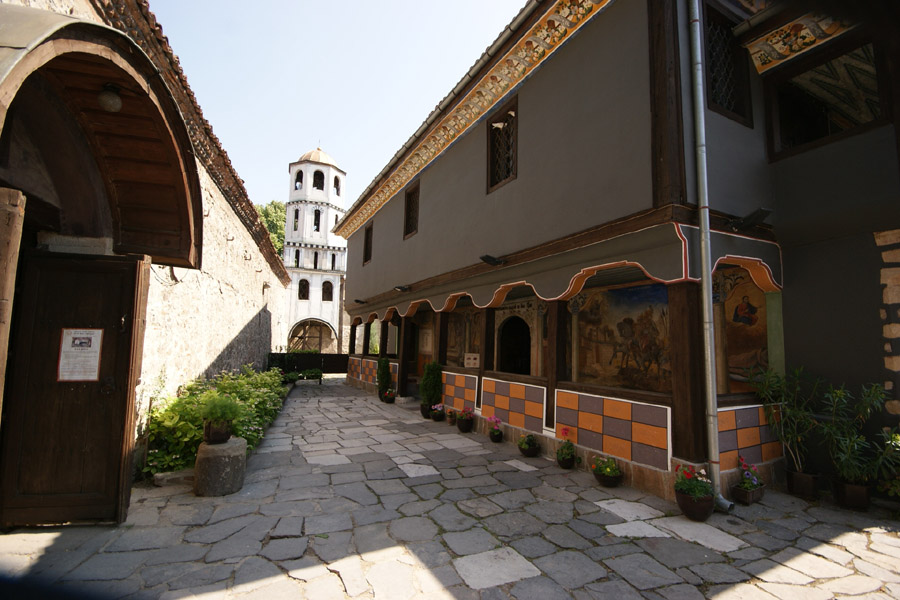 It is included in the list of 100 National Tourist Sites and it is on the 41th place. The ancient Christian temple is situated in the old part of the city. It is built in 1832. In 304, on the place where today is the church were beheaded the martyrs Severian and Memnos for their Christian faith. Before them were injured the 38th martyrs in Plovdiv because of their faith. In the church are located great iconostasis and bishop's throne. These are remarkable achievements of Renaissance wood carving. It is interesting that the "miraculous" temple icon of St. Constantine and Helen of the XIV century is located in the Church. There are other icons in the church - for example the icon of St. Petar and Pavel and the icon of the prophet Iliya. 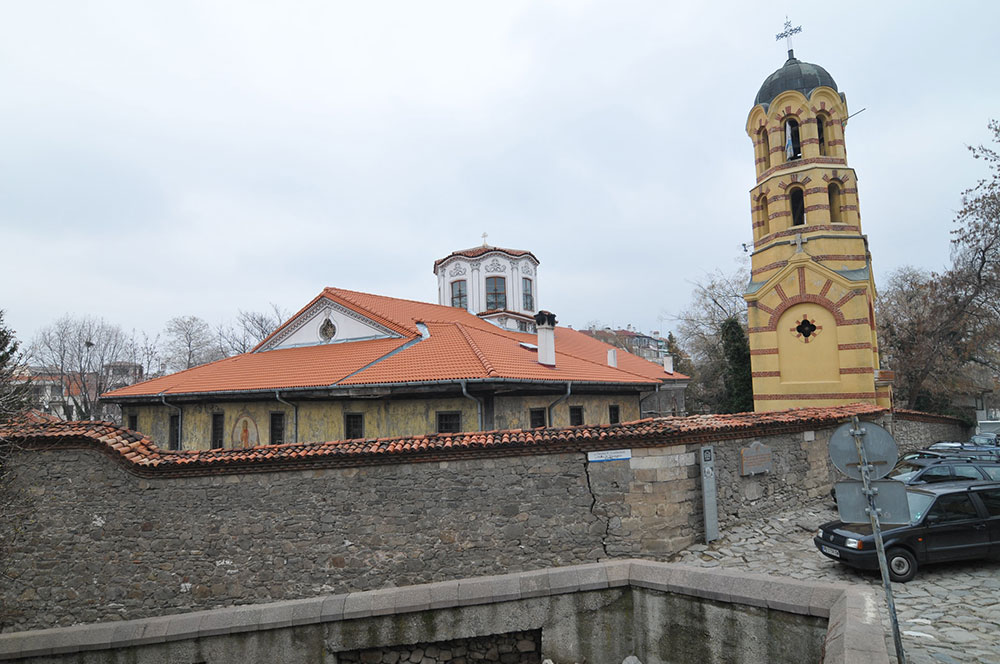 The church is built in 1578. Unfortunately, only iconostasis of the chapel is reseived till nowadays. The current church is built between 1831 and 1832. The icons are work of Dimitar Zograf, Nikola Odrinchanin and Stanislav Dospevski. 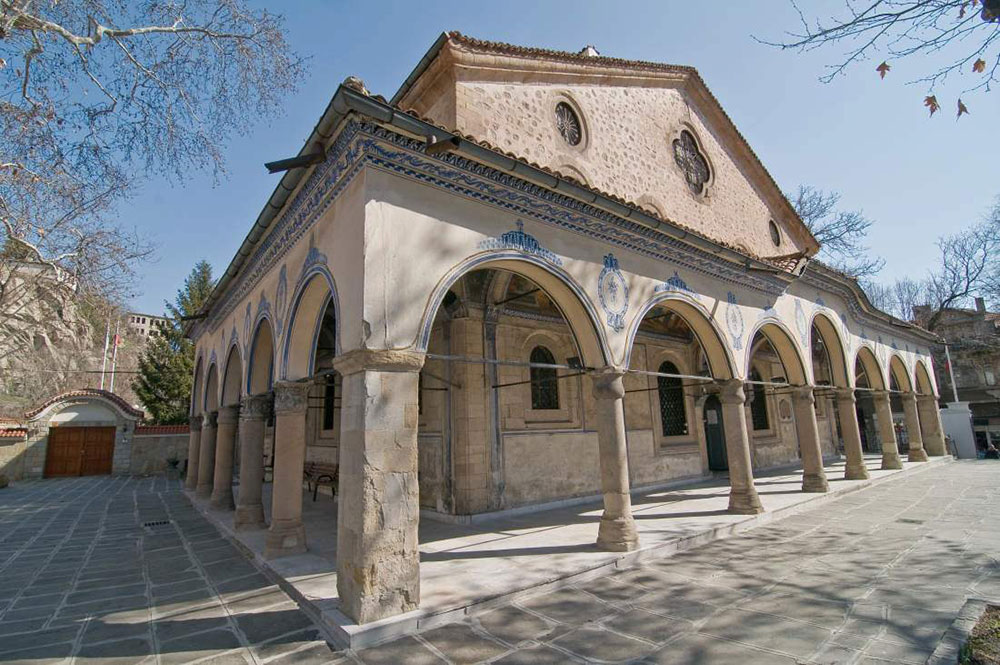 It is located in the Old Town of Plovdiv. The church is the main temple of the Plovdiv diocese. It is considered as one of the eldest churches in the city. In 1576 it was already operational. The church is its current type from 1854-1856 year. The temple is dedicated to martyr Marina. The feast of the church is on 17th July. The carving roof of the holy throne on the altar, the bishop's throne and the church iconostasis, which is made of walnut tree on lime skeleton, are one of the most remarkable works of the Bulgarian woodcarving art. 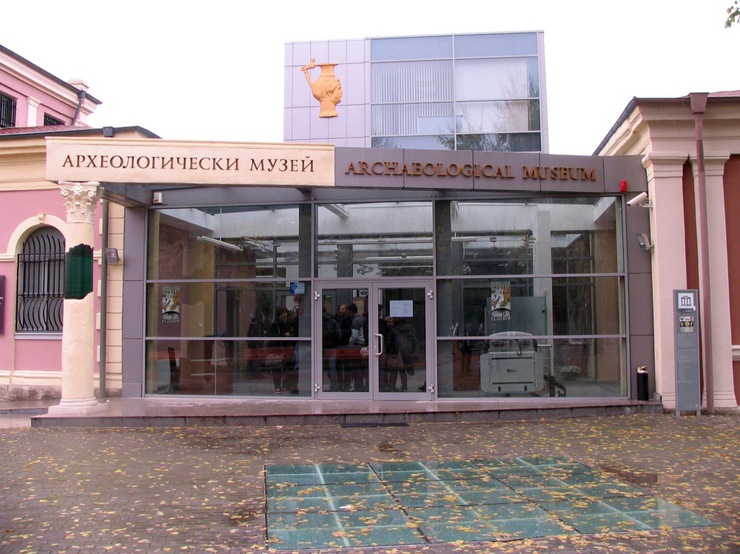 It is one of the first Bulgarian cultural institutions, officially opened in 1882. The Museum boasts one of the richest collections of 100.000 exhibits of artefacts related to the history of Plovdiv and its region. Plovdiv is the heir to one of the biggest and most famous ancient towns in the Balkan Penninsula - Philippopolis.

E-mail: This email address is being protected from spambots. You need JavaScript enabled to view it. 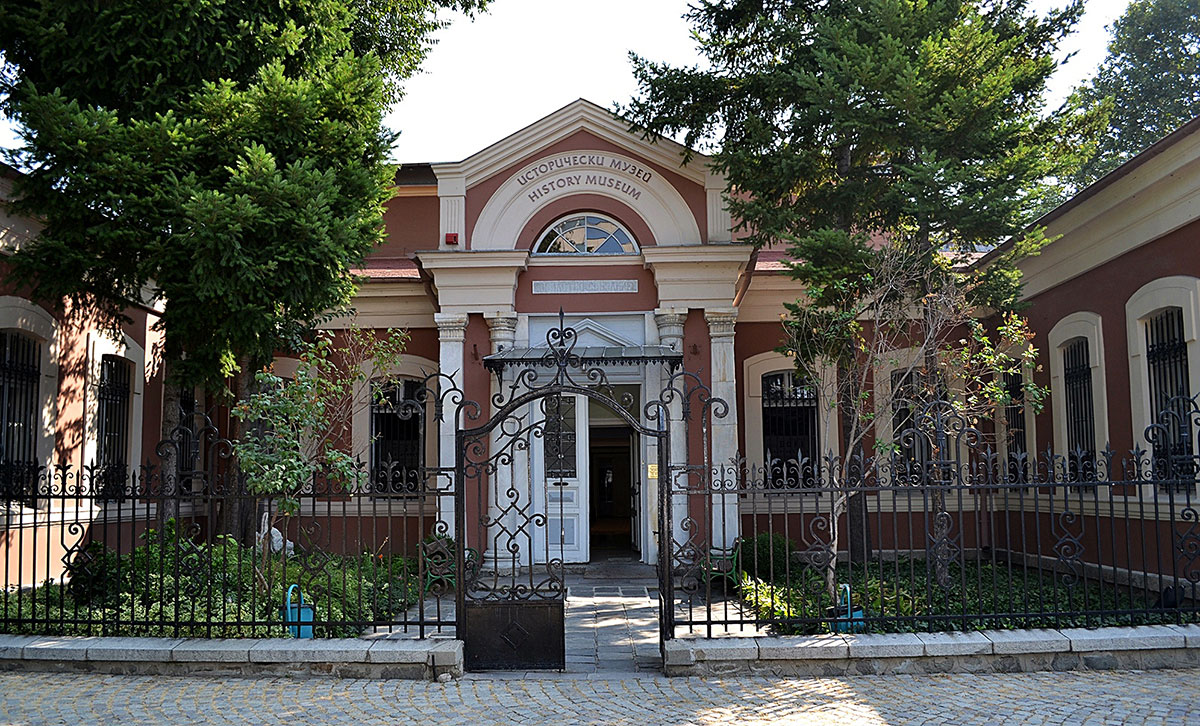 The museum is included in the list of 100 National Tourist Sites and it is on the 41th place.It was established in 1951 as a research and cultural organization for investigation, study, preservation and display of cultural assets from the past of the city of Plovdiv and its region in the period 15-20th century.

E-mail: This email address is being protected from spambots. You need JavaScript enabled to view it.; 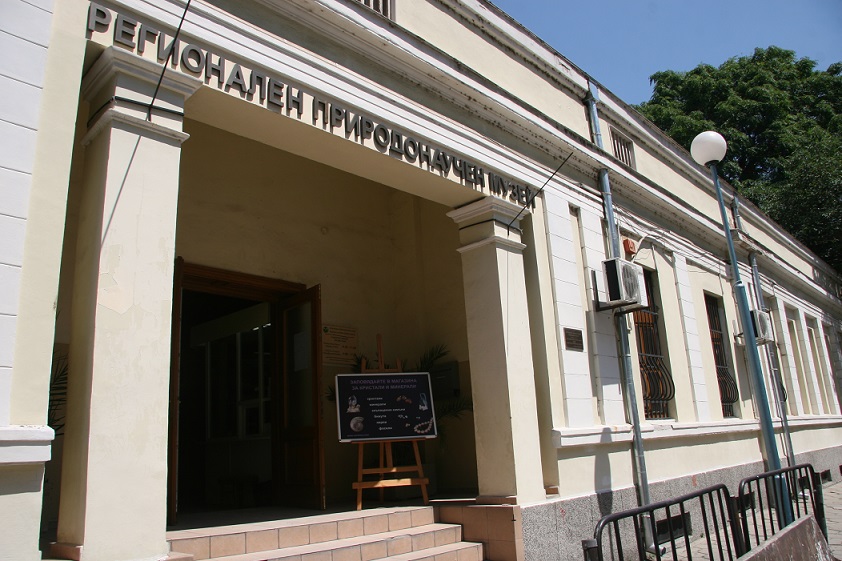 The Regional Natural History Museum of Plovdiv has more than 48 000. In 1951, the Executive Committee of the Town Council suggested the establishment of a Natural History Museum in the town of Plovdiv. The general reconstruction of the building, aimed at adjusting the facility so that it could function as a museum, was launched in 1954. On September 5th, 1955 the museum was opened as a “Temporary exhibition of materials belonging to a future Natural History Museum”, although the collections were not completed and the design scheme was not finished. The first exposition arranged in a scientific and artistic order was opened on May 8th, 1960, illustrating Bulgaria’s flora, fauna, and geology. Since 1967, the museum has been equipped with separate premises for the library.

Email: This email address is being protected from spambots. You need JavaScript enabled to view it.

The Ancient Stadium of Phillipopolis 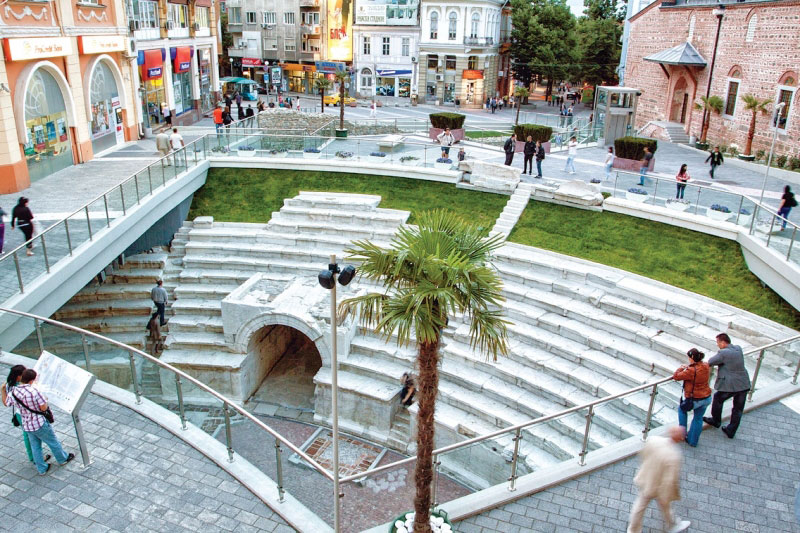 It is located on the sq.Dzhumayata. It is part of the tiered rows of seats, an underground corridor and sector of the track. It is believed that it was built in the second century. It had a length of about 180 meters. 30,000 people were able to watch competitions, gladiator fights and other.

It is from the period first-second century. It is located in the central square. It is the biggest one in the whole Ancient cities. Its main part occupied an area of 11 hectares. There are statues of emperors and deserving citizens Philipopol on the Square.

The Odeon of Philippopolis 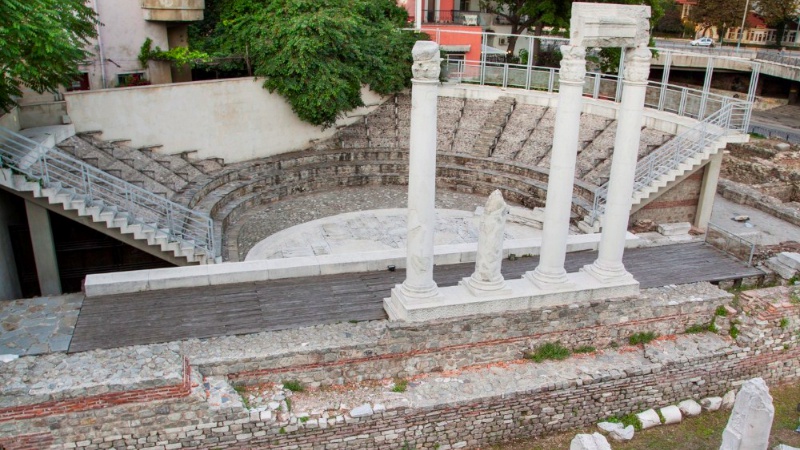 It is from the period second-fourth century. It can be seen north from the main Post office of the city.

The Monument of the Unification 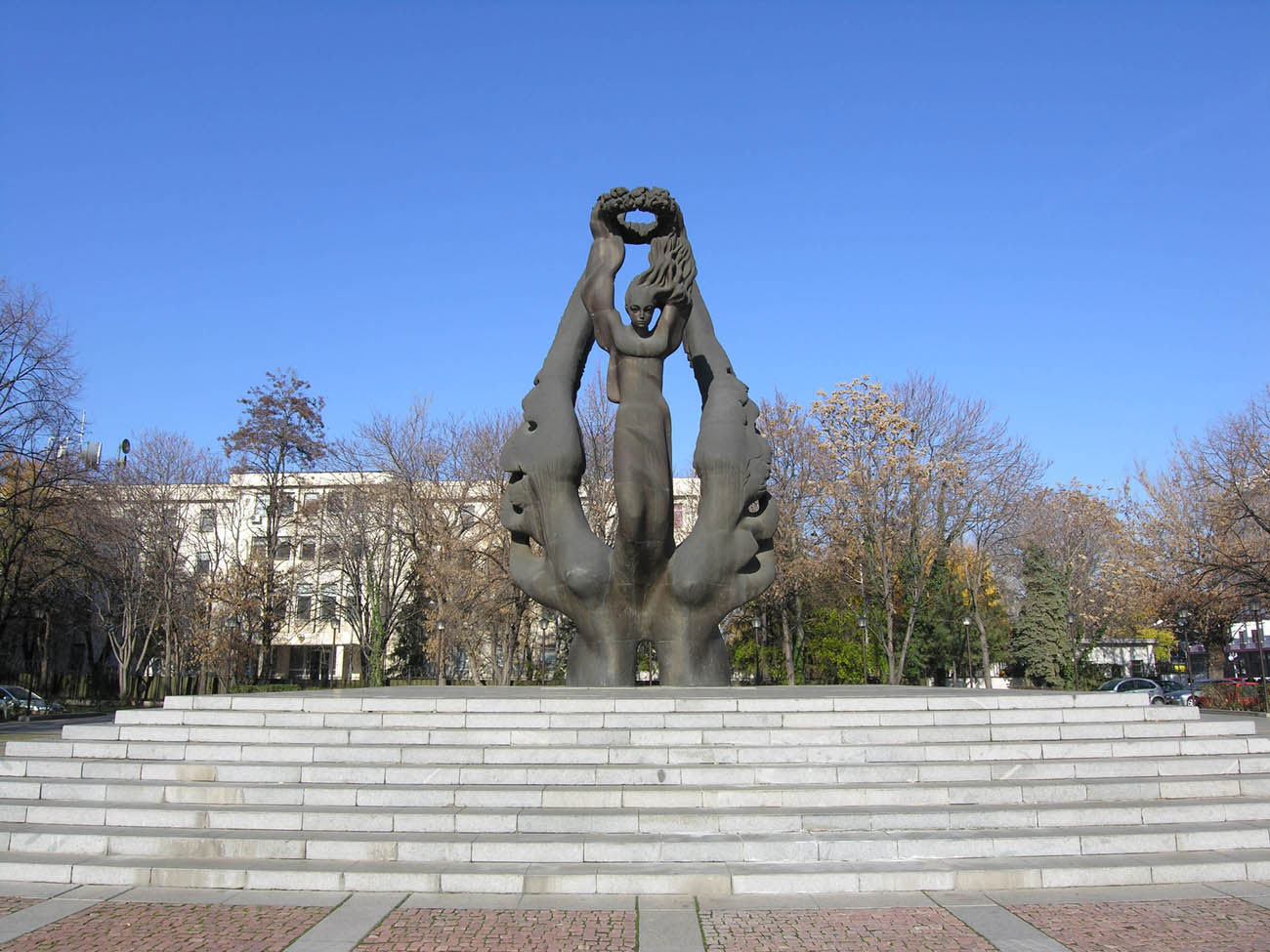 In 1985, it was built to commemorate the 100th anniversary of Unification. It is made by the sculpture prof. Velichko Minekov and arch. Lozanov. It represents a 12 meter high bronze figure of a woman in flight.

The Clock Tower in Plovdiv 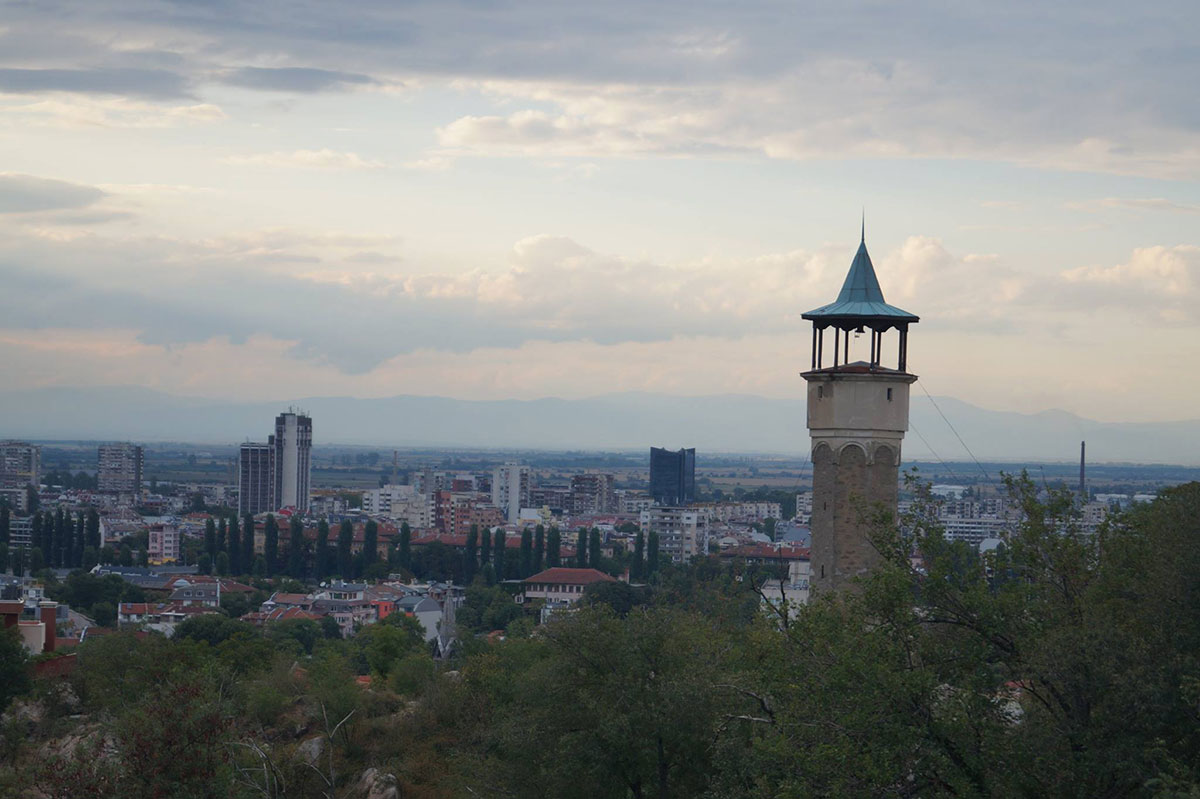 It was built between 1578-1623. It is located on Sahat Tepe and its height is 17,5, The Clock Tower in Plovdiv is one of the eldest ones in Europe.